Jagoš Marković is one of the leading theatre directors in Serbia and he has chosen to direct Molière’s last play – The Imaginary Invalid which the famous playwright chose as means to express his definite opinion on conservatism, quacks and charlatans, but above all, towards society and its miserable families suffering from greed and selfishness. The illness that has possessed he main character of this play cannot be easily cured and it could easily become lethal for the whole family.

Molière’s criticism of modern medicine is based on the belief that the way the “human machine” works is still a mystery. However, just like Molière, Jagoš Marković reveals illnesses of a different sort, ones that attack the body and spirit of the whole society. When the diagnosis of ignorance is spoken on stage it provokes gales of laughter but is essentially gentle and healing. Comedy as such needs to strive towards regaining its healing function in a society.

This production also marked the first guest performance of a Serbian theatre in China and took part first in the Beijing People’s Art Theatre International Festival and later in the China International Comedy Festival in Shanghai. Guest performances were also given at CNT in Zagreb and at SNT in Novi Sad. 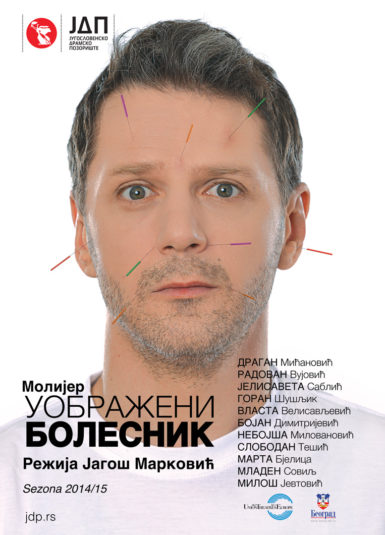